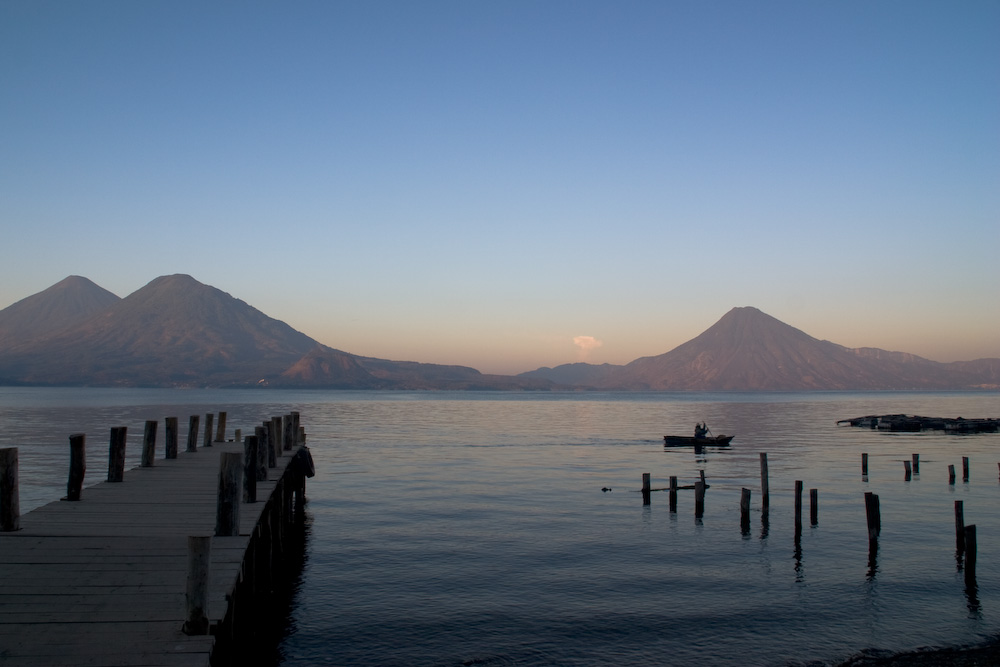 Stretching from the Pacific Ocean in the West to the Gulf of Mexico in the East, Guatemala offers a stunningly array of things to see.

Of course the country is littered with Mayan ruins and due to a certain George Lucas film Tikkal in the North East is probably the best known (all be it as a rebel base!). However even the old capital of Antigua, nestled between two volcanoes has its old world charm.

I was lucky enough to visit during Easter when the large and wide-spread Semana Santa celebrations are held. During this festival the locals create hugely intricate sawdust designs on the street but like the Buddhist mandalas, are then almost immediately destroyed by the feet of the people taking part in the huge processions.