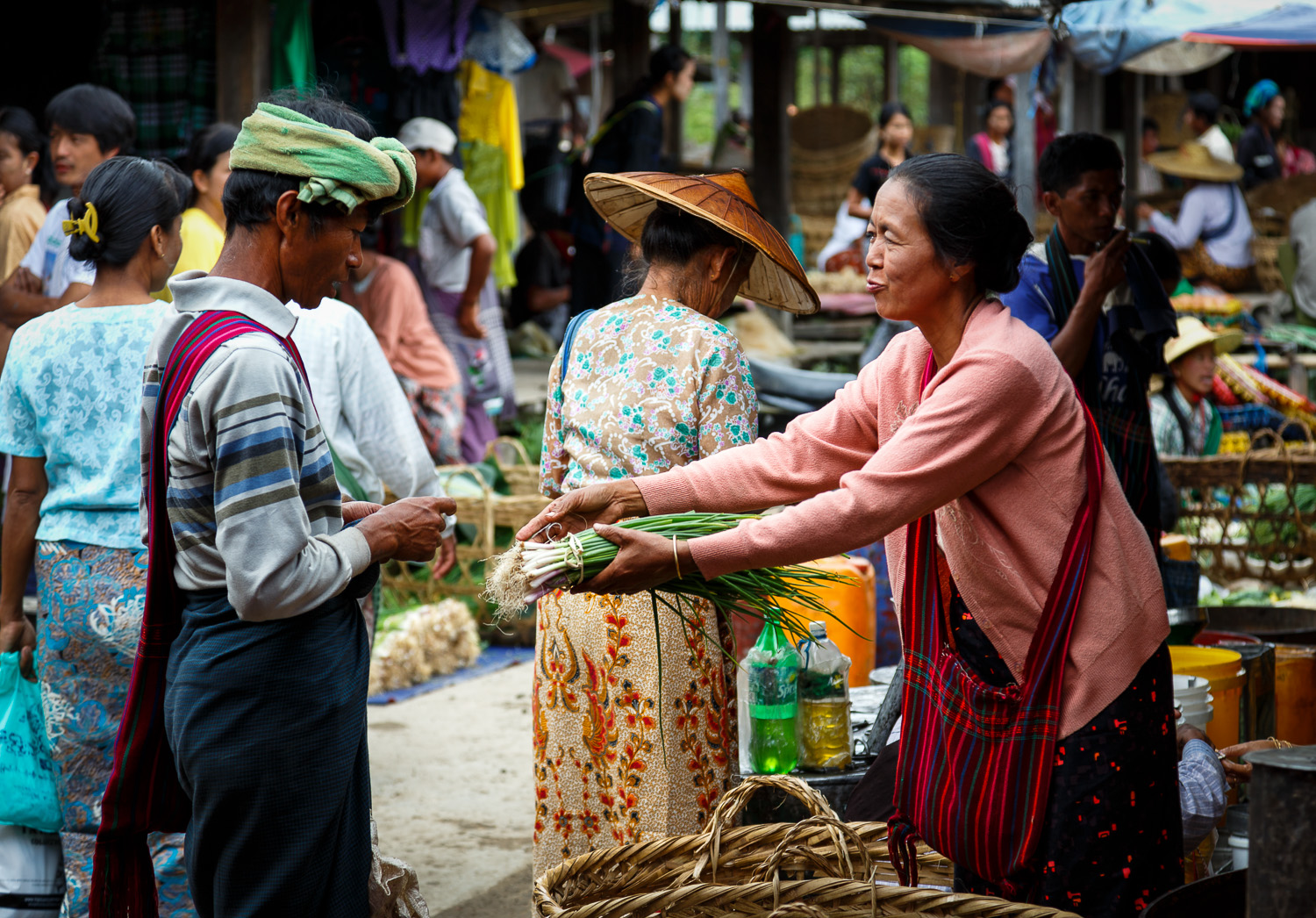 The market is very colourful with the locals in traditional dress

Myanmar (or Burma as it was previously known) is predominantly Buddhist. Whilst there are other religions Buddhism has been around far longer as evidenced by the many amazing temples, stupas, pagodas and monks you see in the country.

Until recently (2010) it was ruled by the military and most the people were very poor. As a result not much as changed and traditional ways are still followed (although I think this will change now)