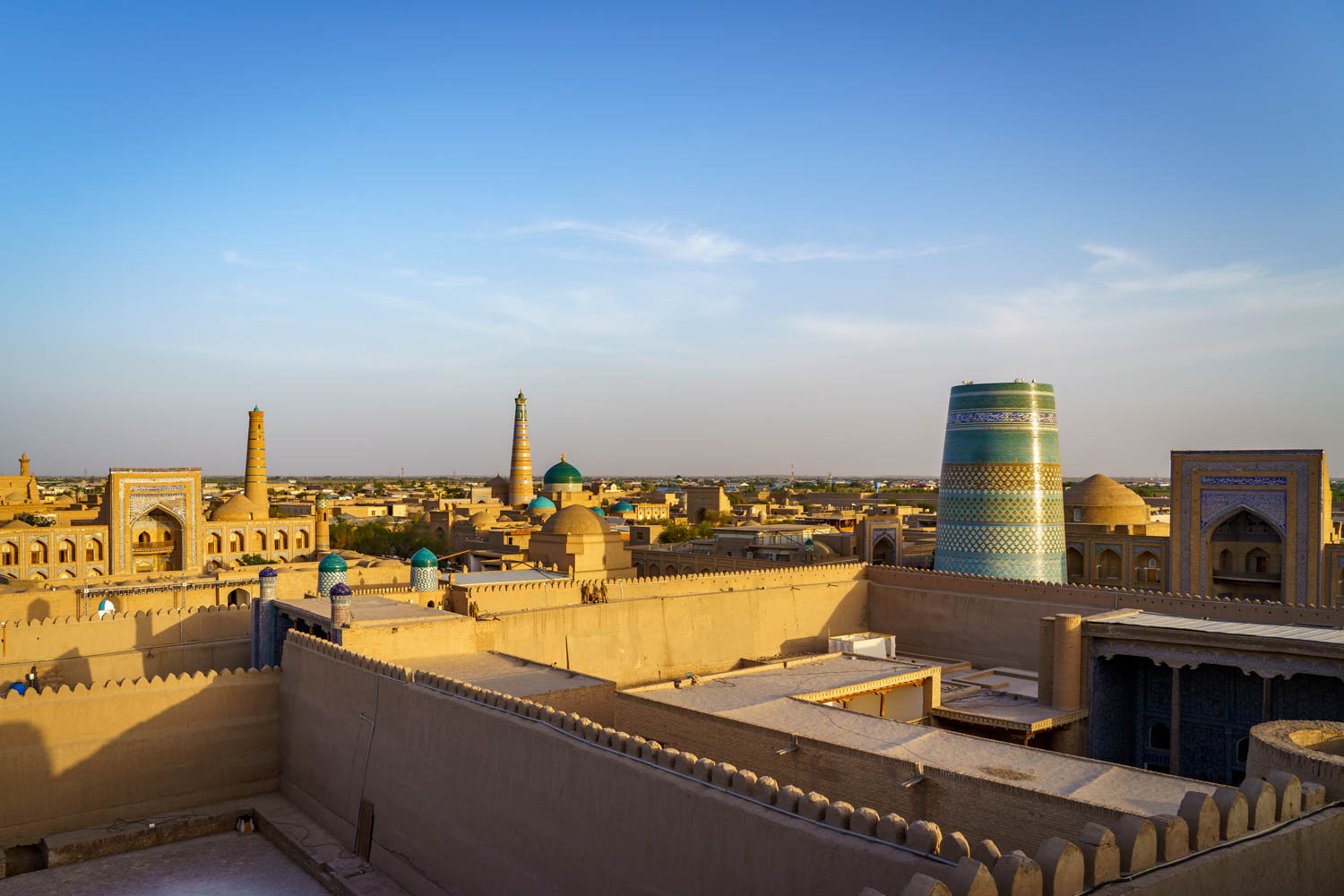 The view over the old part of Khiva from the watch tower on the city walls.

Part of the ancient silk road between China and Europe. The ‘stans are somewhere I’ve wanted to visit for a while and there’s still a few others to explore.

Many Persian cities took advantage of the commerce between East and West as the Silk Road developed and in Uzbekistan Bukhara and Samarkand eventually became extremely wealthy cities. In 327 BC Macedonian ruler Alexander the Great conquered the region, followed by 7th century conquests by the Araba who brought Islam to Uzbekistan.

In the 13th century Genghis Kahn invaded and the region changed with culture and heritage becoming more Mongolian-Turkic. In the 19th century the Russian Tsar Empire expanded into the region, before finally, on 31 August 1991, Uzbekistan declared its independence.

The culture and architecture left behind by all these conquests is in some cases stunning and its somewhere I’d highly recommend visiting if you like your Islamic art on a massive scale.

As well as the photos below you can also read the Uzbekistan travel diary.