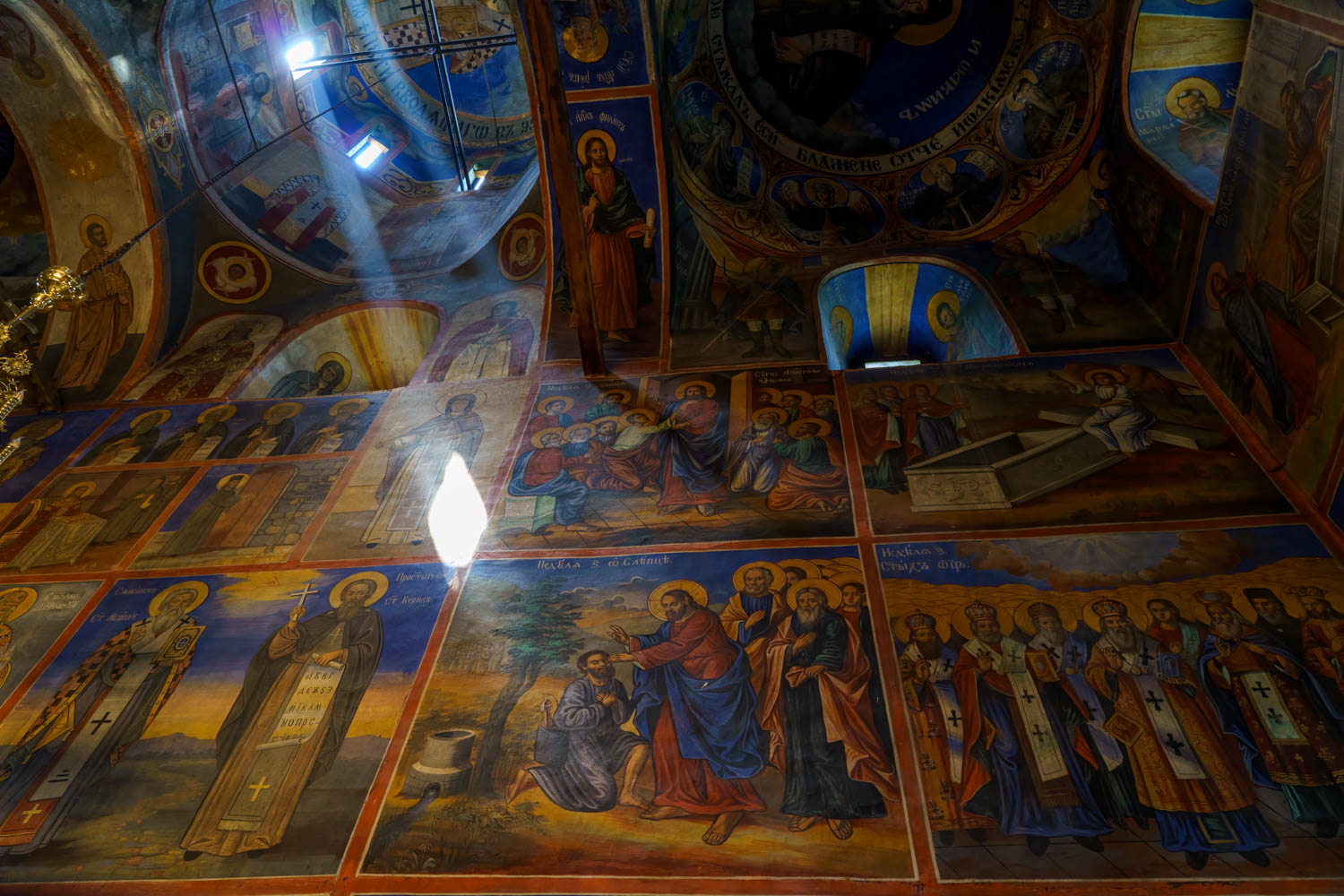 On returning from Uzbekistan I realised I had a load of leave to use before the end of June otherwise I’d lose it. So after a quick search of places to go I opted for a trip to the Balkans – mainly North Macedonia with a small bit of Bulgaria and Kosovo through in for good measure.

It was a tough trip in many respects with a lot of driving and single night stays in each location, but the landscape and many UNESCO sites were interesting to see. However it was frustrating that photography was banned inside many of the churches and monasteries we visited which all contained stunning richly decorated walls and ceilings in the orthodox style. I did manage to get a few shots as some smaller churches did allow photos.

As well as the photos below you can also read the Balkan travel diary.